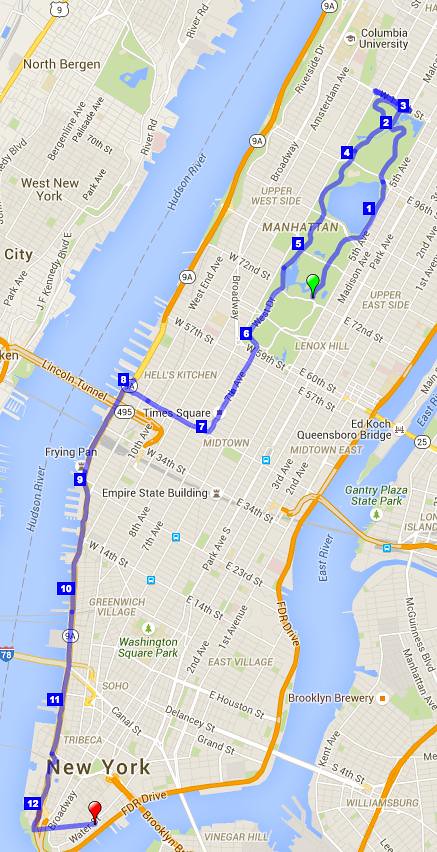 I ran this last year and while i think this is an awesome half-marathon (the run out of Central Park thru Times Square is worth the entire race), i was undecided on running it again. It was cold in 2015, the wait is long for the start and the crowds make a PR unlikely. But i did not want to run a Spring full marathon and i wanted to stay in racing shape so i entered the lottery just in case.

Race unfolded similar to my 2015 race, too tight crowded over the first 5 miles so running a little slower than my target, ran too fast through times square, and due to the slow start had enough to run a strong final 5 miles. Official time was just over 1:40, which is right around where i expected. From experience i think that would translate to a 1:37 in a local race, but even at 1:40 that’s nearly 10 minutes faster than last year!

This race is still a pain due to the size and logistics (all well done, but size makes it difficult), the crowds and technical course make running a PR difficult, and maybe it’s my bad luck but two years in a row the weather has been too cold! But i would still recommend this as a great half to run, the route and crowds are impossible to replicate anywhere else!